Covid redefined the staycation. First, by necessity, pandemic lockdowns encouraged us to turn our homes into resort-like retreats that could offer some of the same pleasures as a getaway at a favorite hotel. Now, as the world opens back up — but farther-flung travel is still unpredictable (if not actually limited) — top-flight American hoteliers are evolving staycations again by creating ways for locals to better enjoy properties that are close to home. Among the most exciting of these developments? Hotels and resorts with their very own private clubs.

While the concept of a hotel-based private club is not new—there are the ones at the Saint James Club in Paris and Four Seasons Hotel London at Ten Trinity Square, for example, along with billionaire Tilman Fertitta’s by-invitation-only club at Houston’s Post Oak Hotel—the slew of new versions launched in 2021 (and slated for 2022) are taking the concept to a higher level. Rather than just providing “day pass”-style access to hotel services and amenities (like the pool, spa or restaurant), these outfits are aiming to entice members with perks not available even to those checked into the hotel.

The timing for this trend makes sense. Asked why now proved the right time for the nearly century-old Gurney’s in the Montauk to launch a membership club, brand owner George Filopoulos tells Robb Report that it comes “at a time when individuals are prioritizing privacy and personalization as well as their physical and mental wellbeing. Not to mention, we’ve seen more full-time residents (in the Hamptons) as a result of the flexibility of remote work.”

For a hospitality group like Aman — whose members-only offering will debut when its New York City flagship opens next year — a club “is an extension and evolution” of the brand, says Vanessa Grout, global head of Aman Residences and Club. It allows the company to continue “to put our guests and their needs at the heart of our offering.” Seen as Aman’s answer to what Grout refers to as “a long-sought-after loyalty program,” the club will bring like-minded individuals together in its urban hotels to enjoy not only each other’s company but also private spaces, special events and programs and a “private office” to arrange VIP access to all things Aman.

In other words, the rise of the hotel private club may be one of the more luxe silver linings of the pandemic’s effect on the hospitality landscape. From LA to Providence to the Hudson Valley, here are five newly launched hotel clubs offering their own takes on the members-only concept. 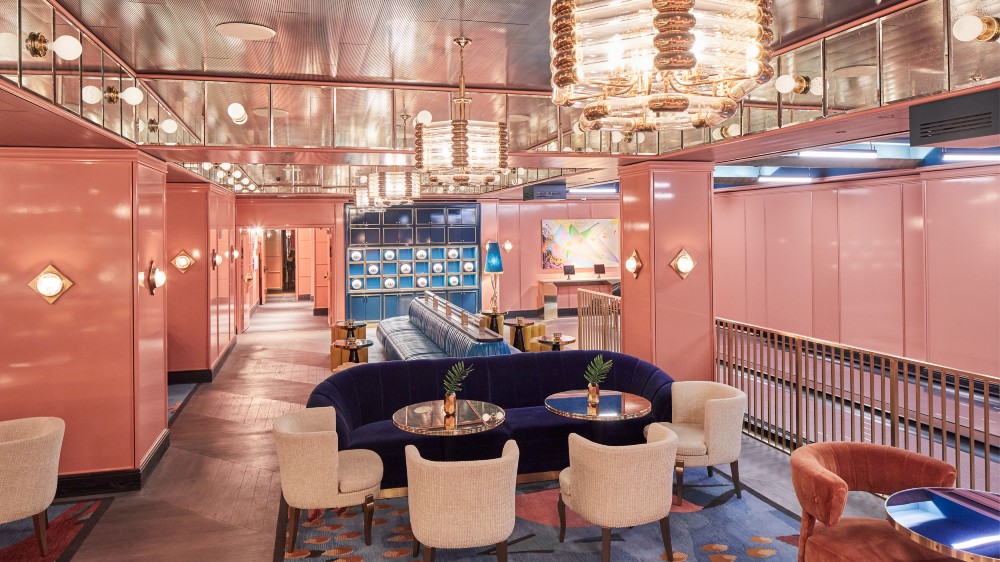 Designed in a vibrant, playful style by celebrated British interiors star Martin Brudnizki, this 149-room, eight-month-old hotel on Sunset Boulevard houses the Britely, a members club founded by the property’s development group. Its mission is to connect a varied group of Angelenos from different backgrounds, all united by their “bright lives and bright minds,” as its membership info puts it.

That diverse Britely crew gets to enjoy three different members-only lounges — one of them on the sunlit, city-view rooftop and all of them with food by Wolfgang Puck — plus chic bowling lanes and a lounge hosting live music. All of those areas are exclusive to the club (hotel guests are rarely, if ever, granted access), but members can use several hotel facilities like the gym, screening room and rooftop pool. As for exclusive experiences, so far the $2,800-a-year club has arranged pre-release movie viewings, VIP access to live performances and private tours of local galleries, museums and auction house exhibitions. 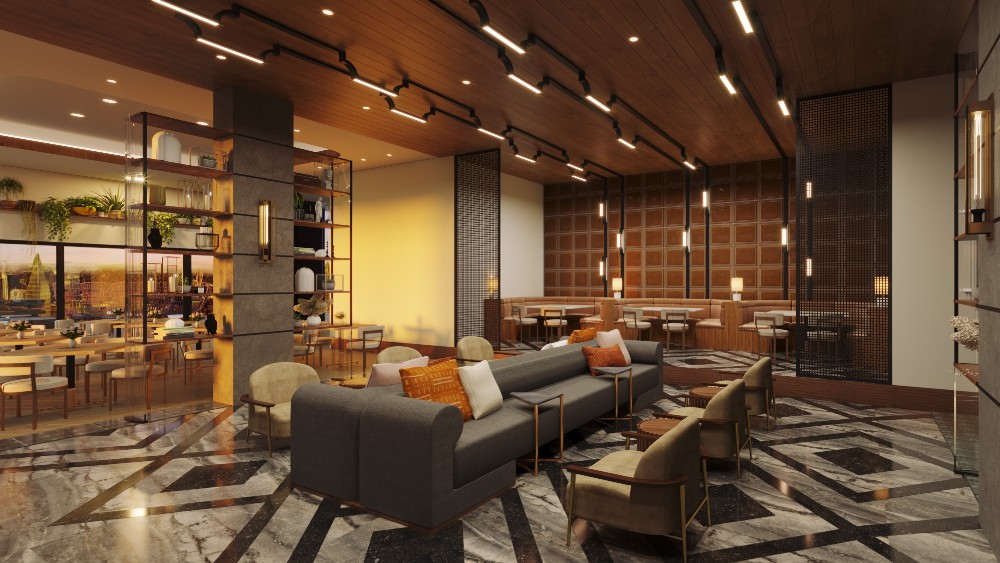 Boasting a general manager fresh off a stint at Los Angeles’s legendary Hotel Bel-Air, this just-opened, ten-story, 201-room contemporary-cool towerjoins a who’s who of top-flight hotels in Atlanta’s tony Buckhead neighborhood. Here, the indoor-outdoor rooftop club Tesserae will eventually be 600 members strong, all of them invited by its 40 founding members to create a group that’s both diverse and united by each individual’s desire to make a difference. 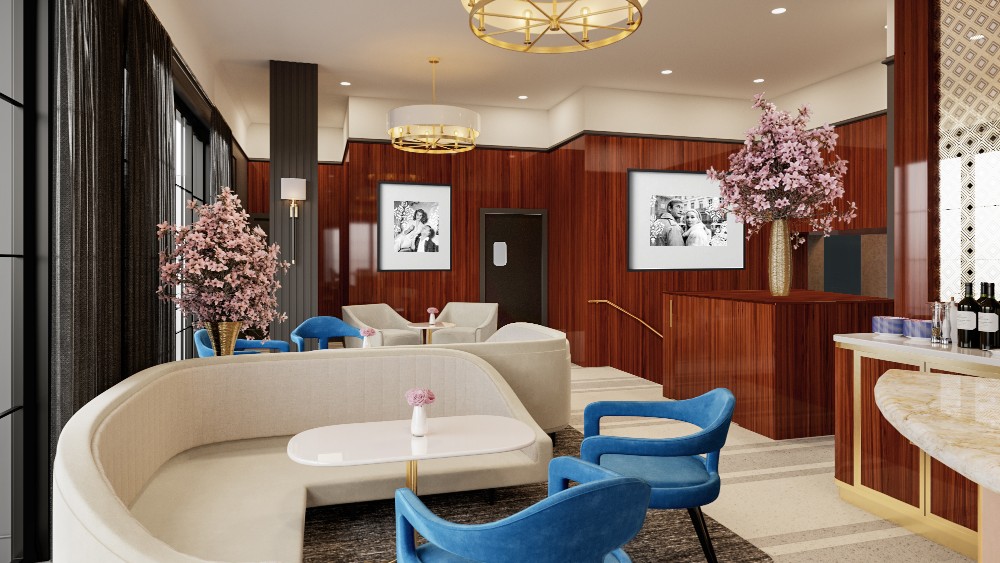 Former Providence mayor Joseph R. Paolino, Jr., turned the city’s 1887 Queen Anne-style Exchange building into the new, Deco-tinged, 47-room Beatrice — the first boutique hotel to open here in nearly a decade. He also teamed up with Italy’s inimitable, hospitality-focused Cipriani family to launch the property’s Bellini restaurant and rooftop, the latter home to the private Bellini Private Lounge. While the restaurant is open to the public, the lounge is strictly for hotel guests and admitted members, with annual dues ranging from $1,400 to $2,100.

Membership provides special access not just to the top-floor bar and lounge space, with its 1,500-square-foot wraparound city view terrace, but also to private Sunday brunch events, jazz evenings and movie nights. Lounge officials are currently picking 150 to 200 members from the 800 applications they’ve received—largely from business executives, medical professionals and scholars, as well as those with homes in nearby Newport, or parents of students at the city’s universities. 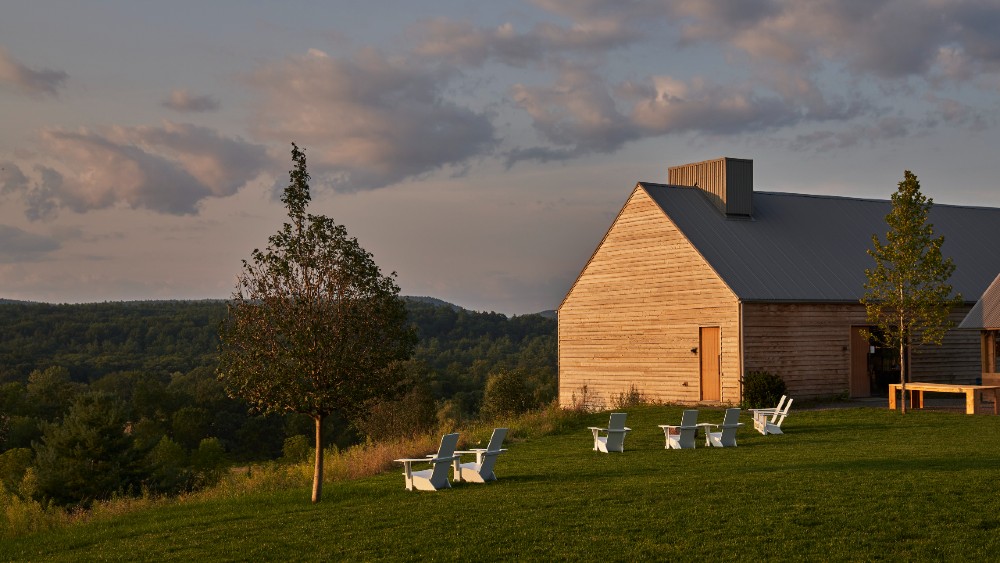 A 225-acre, 40-room country-club-style resort in upstate New York’s bucolic Hudson Valley, about 90 miles north of Manhattan, Inness is the brainchild of architect and chef Taavo Somer, whose Freeman’s empire in the early aughts ushered in an era of urban lumberjack chic, taxidermy revival and home-butchered nose-to-tail dining. For the grounds, he partnered with society landscape designer Miranda Brooks (Anna Wintour is among her clients), while a host of designers and developers helped with the rest, which includes swimming pools, hiking trails, an events barn, a three-acre organic farm and a farm shop.

For annual fees ranging from $1,250 to $5,000, members enjoy unfettered access to all this, plus preferred tee times on its nine-hole King Collins golf course, priority restaurant reservations, reduced rates for stays in the 28 mod cabins and 12-room contemporary farmhouse inn and members-only classes, dinners and kids programs. Most people who’ve bought in are coming from NYC or have homes in the area. 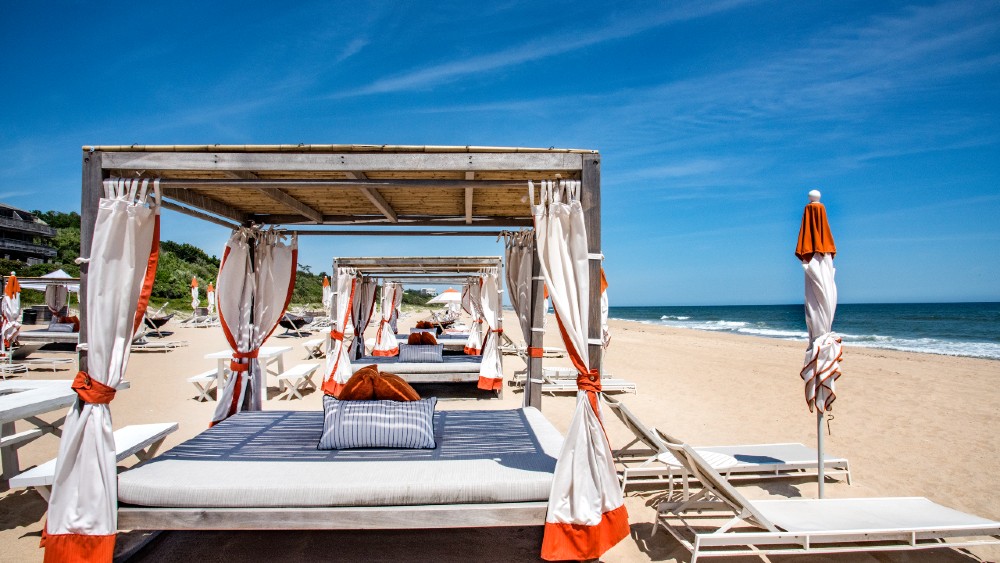 This Hamptons favorite on the easternmost tip of Long Island’s South Fork isn’t new — but its club offerings are. In summer 2021—largely in response to the increase in the number of full-time, WFH Hamptons residents—Gurneys launched a trio of membership opportunities priced from $30,000 to $50,000 a year. The Resort Membership level provides VIP entree to the hotel’s previously guests-only Beach Club and 1,000-foot-long private beach; but unlike hotel guests, members get their own waterside chaise lounges serviced with food and drink offerings, plus private storage space for personal items.

The Spa Membership level offers special use of, and an exclusive treatment menu at, the resort’s 30,000-square-foot wellness center (slated to open in March), including its indoor saltwater pool and hydrotherapy areas; here, membership also affords a monthly complimentary spa treatment and personal training session. Finally, the All-Access Membership combines the Resort and Spa perks. Other member benefits include priority access to resort restaurants and special events, plus discounts on rooms at this original Gurney’s as well as satellites on nearby Star Island and in Newport, Rhode Island.