There’s plenty of luxury properties in New York City, but many lack amenities and square footage. A condo on the 80th floor of a residential tower is great, but it’s likely you wouldn’t have as much room as you would for the same price in another major city. Those looking to level up their Manhattan digs are in luck, then, as a spacious townhouse on the Upper East Side has just listed for $63 million, complete with a tricked-out spa and fitness facility in the basement.

The 13,000-square-foot home represents a major collaboration between two sought-after names in the architecture and interior-design worlds: Thierry Despont and Pierre-Yves Rochon. Rochon did all of the finishes, including work on the spectacular staircase that winds up the townhouse’s many floors. Despont, naturally, laid out the furnishings, which are included with purchase, and added a few other finishing touches to the place. Evidentially, when the sellers purchased the home, they called in the duo for a complete gut renovation, so everything is relatively new. “The only thing they left intact was the façade,” listing agent Carrie Chiang tells Robb Report. 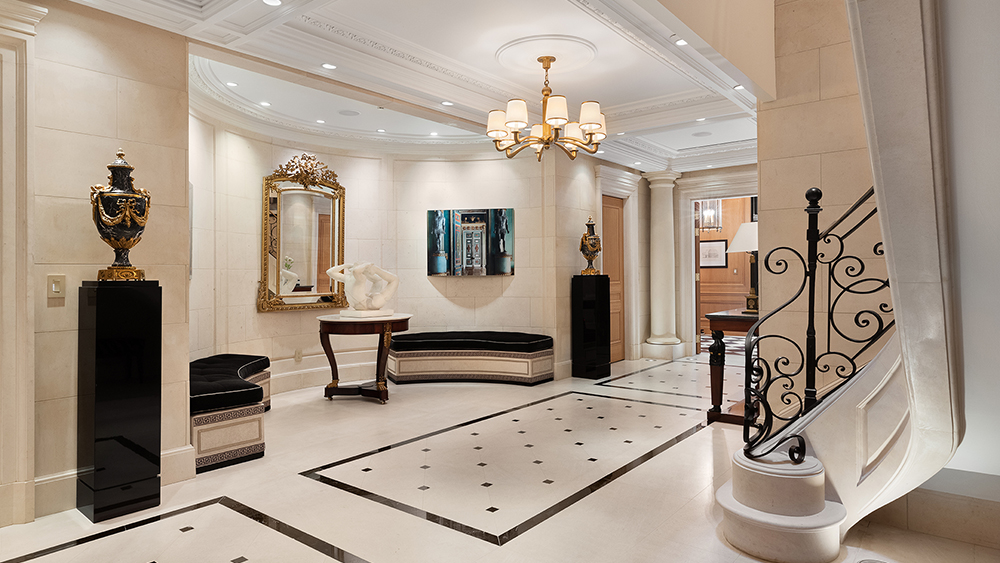 The entryway Photo: Courtesy of The Corcoran Group

Since the home has six floors, it comes with an elevator, which you can take down to the basement for a good workout. There’s a massage room, steam room and gym on this level, as well as a 20-foot resistance pool with LED “stars” embedded in the ceiling above it. “It’s very reminiscent of a Rolls-Royce,” says Andres Perea-Garzon, who shares the listing with Chiang.

The home feels grand from the moment you step into the third-floor living room, too, as the space has a double-height ceiling with massive, double-height windows that really let the light in. A mezzanine overlooks the space, which you can equip with a piano to enjoy music at your next dinner party. 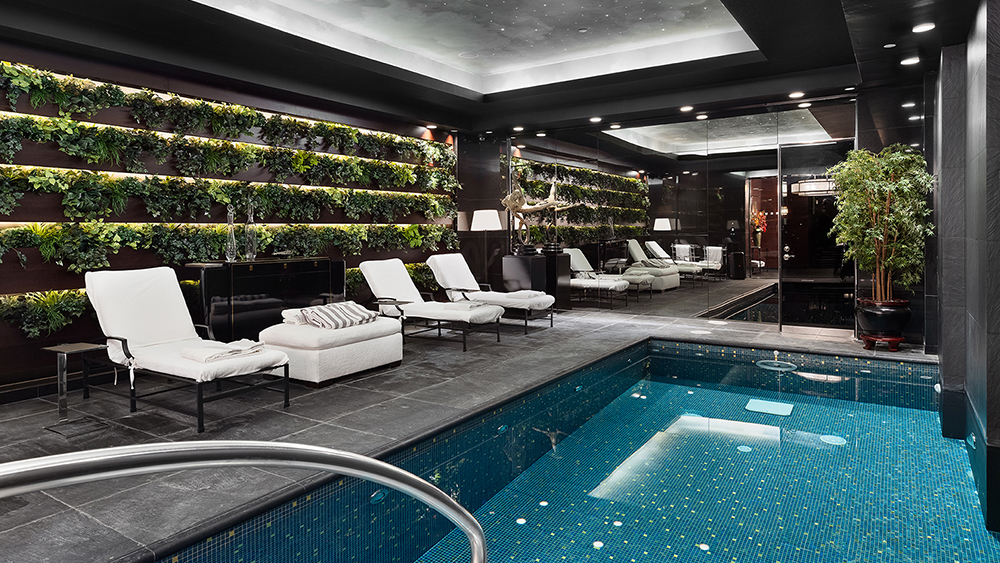 The 20-foot indoor pool, which sits beneath a ceiling of LED “stars.” Photo: Courtesy of The Corcoran Group

The home has seven bedrooms in total on the second, fourth and fifth level. The primary suite has a floor all to itself on the top floor, with a private terrace that has access to the rooftop. Here, you’ll have spectacular views of Central Park and the Upper East Side. Residents who aren’t staying in the primary bedroom can also access the space via the elevator. Guests sleeping on the second floor will have their own perk, though, as the media room is located there.

In other words, there’s something here for architecture buffs, fitness gurus or folks who just want to decamp from a cramped condo and upgrade to something a bit more spacious. “We do have buyers who will look at one of those supertalls and then will go see this house. It’s night and day,” says Perea-Garzon. “This is a whole lifestyle; this is a whole family condo.”

Check out more photos of the NYC listing below: 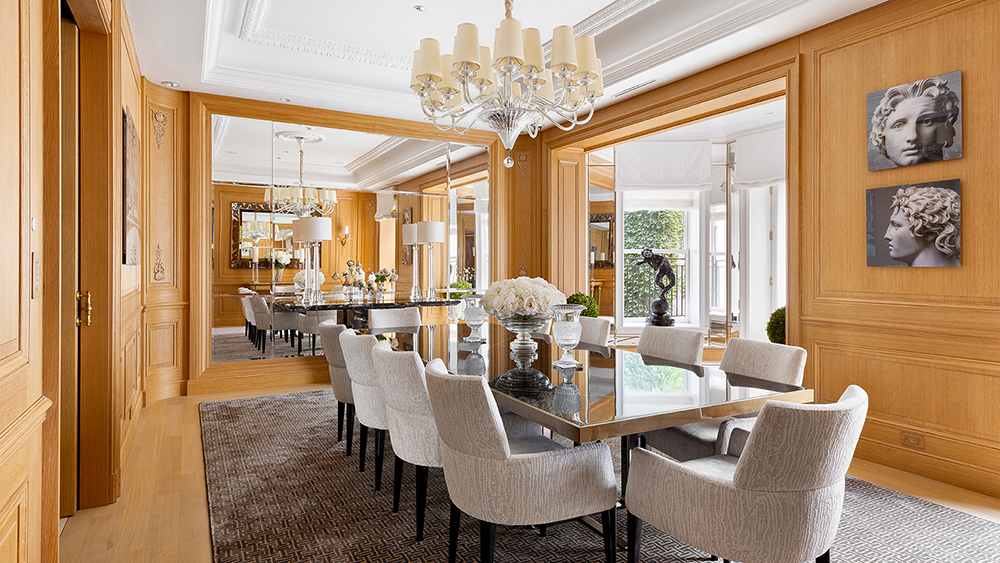 The dining room Photo: Courtesy of The Corcoran Group 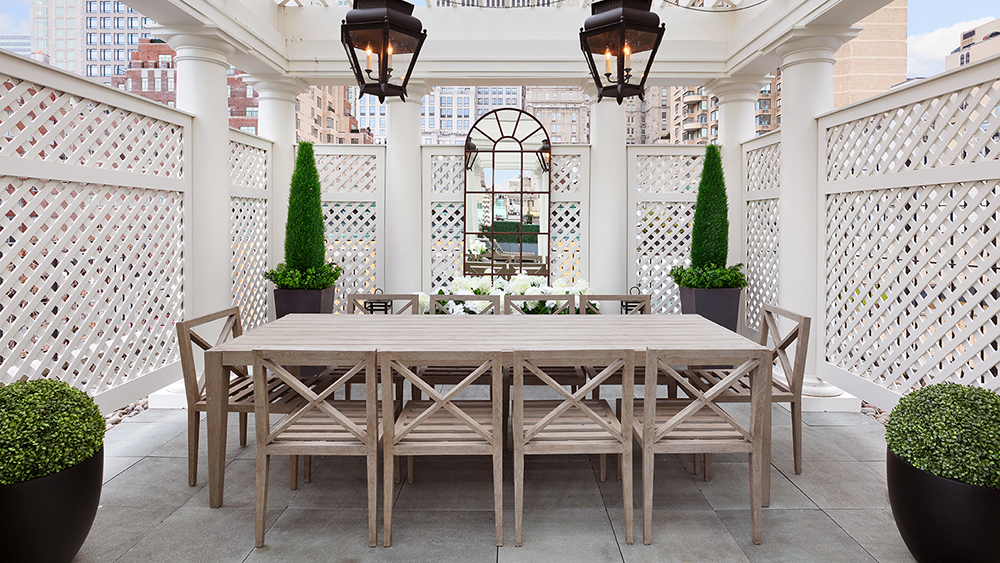 The rooftop, which has a pergola for outdoor entertaining Photo: Courtesy of The Corcoran Group 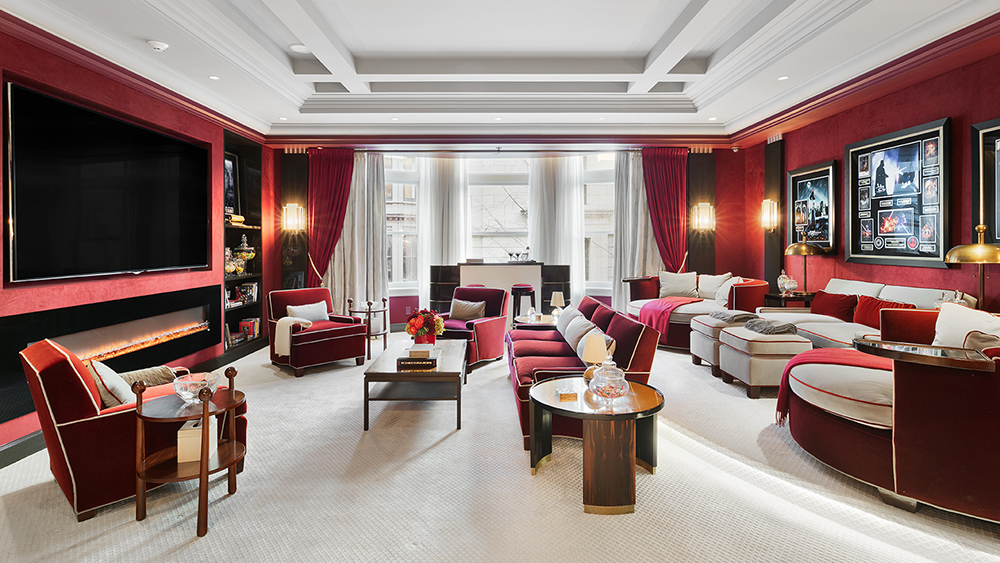 The media room Photo: Courtesy of The Corcoran Group

One of the bedrooms Photo: Courtesy of The Corcoran Group