When two preeminent brands in distinctly different industries choose to form a long-term partnership to share knowledge and to collaborate on cross-branded projects, as The Macallan and Bentley Motors recently did, one thing is true: The future seems destined for exciting new developments. At the core of this collaborative project, Bentley and The Macallan will share insights and philosophies on key aspects of their respective businesses—doctrines that include a commitment to sustainability, a passion to innovate and a dedication to exemplary craftsmanship.

It’s on the latter topic where the collaboration begins. Both brands are aligned by their commitment to not only craft the highest quality products in their respective industries, but to also further their vision for the future. For both brands, that distinction is firmly rooted in the details. For The Macallan, it’s about the grain, the wood and the influence of time. For Bentley Motors, it’s a dedication to the materials that drivers and passengers touch and feel, as well as the craftspeople and designers who create an interior space that not only feels welcoming but conveys a truly luxurious approach. 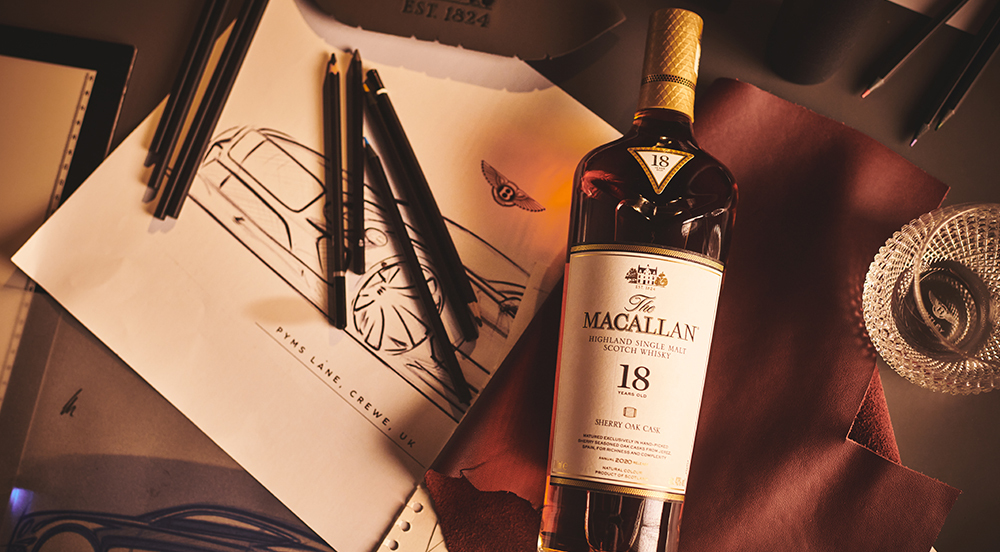 As it pertains to The Macallan, quality begins not on the ground but in it—while the distillery sources malted barley from select farms across Scotland and Northern England, it also grows a unique variety of barley, known as Momentum, directly on The Macallan Estate. After mashing and fermentation, the liquid born from that proprietary barley is distilled across a lineup of small, squat, copper-pot stills, whose unique, curious shape and size produce a rich, full-bodied spirit capable of decades-long maturation. And it’s during that barrel-aging process where the whisky brand furthers its attention to detail.

The Macallan’s depth of flavor and complexity can be traced back to the careful selection of individual oak trees from the forests of northern Spain, as well as the Northeastern United States, which eventually become the sherry-seasoned casks that hold The Macallan’s new make spirit. “Our sherry-seasoned casks are very unique to The Macallan and deliver a very distinctive aroma and flavor,” says Master Whisky Maker Kirsteen Campbell, who notes that 80 percent of the whisky’s flavor—and 100 percent of its natural color—is bestowed from those oak casks. “It’s all about that attention to detail and getting the quality of the casks that we really need.” 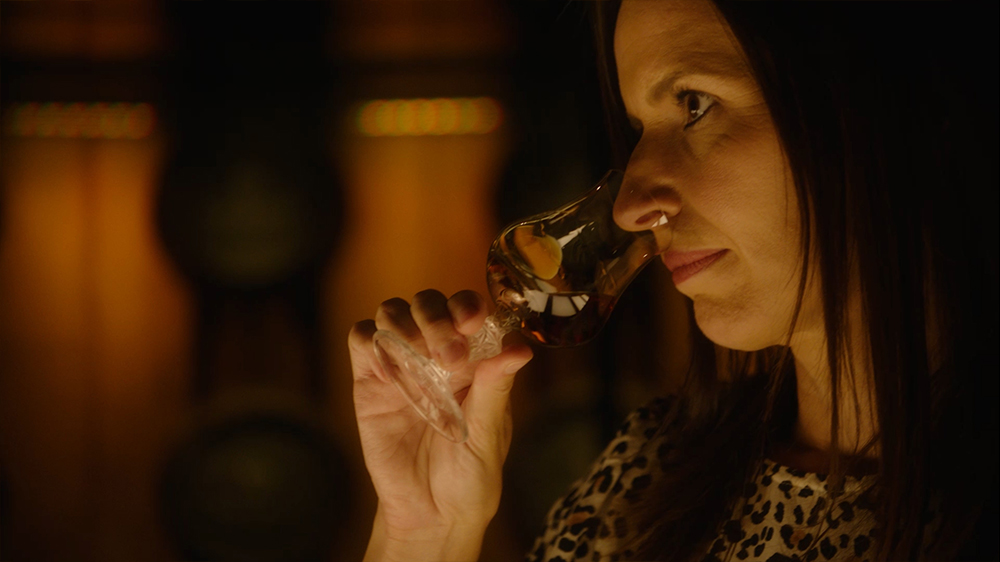 The character and quality of wood is no less important in Crewe, England, where Bentley Motors employs specialists who inspect almost 270,000 square feet of veneer during the materials selection process. The automaker also dedicates itself to exhaustive research when new veneers are needed. The search for the Liquid Amber veneer, for example, required two years of exploration and eventually brought the British automotive specialists to the wetlands of Mississippi where the American red gum tree grows.

Such artistic focus—along with refined skill sets—are at the heart of much of the manufacturing process that breathes life into Bentley’s luxurious coupes, convertibles and sedans. Twenty-six hours are needed to cut, stitch and trim the seats of one Flying Spur, with every leather panel bearing the initials of the upholsterer who completed the work. And when Bentley’s embroidery specialists take on a bespoke commission, they might make as many as 500,000 individual stitches in a variety of unique colors. For example, the unique diamond-in-diamond quilting design, which many brands have tried unsuccessfully to emulate, is hugely popular with customers of Bentley’s Mulliner bespoke division. Each diamond requires 712 stitches and can only be created using a specially commissioned machine that is exclusive to Bentley Motors. 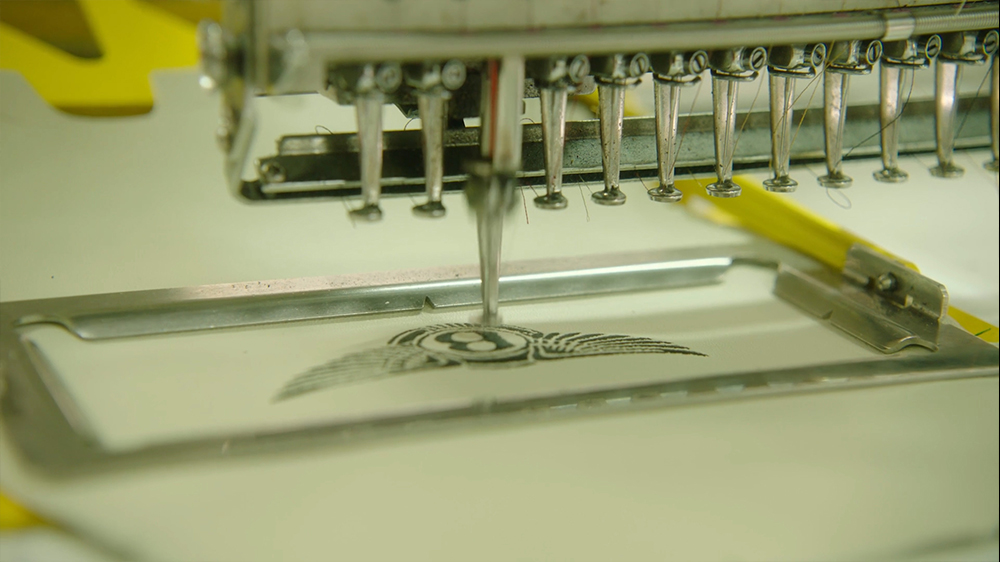 “We actually look at each car as a character first and then we start using materiality to create zones within the cars,” says Maria Mulder, the head of color and trim at Bentley Motors. “This is how we look at the interiors. It’s not just about one element. It’s the whole experience. We have this responsibility to really look after how a car will look like in 10- or 20-years’ time.”

As for the prospect of time, the work that’s done by both brands—and the quality of the craftsmanship involved—remains steadfastly connected to the past, but with eyes drawn purposefully toward the future.

“For me, it’s that sense of being in the past, the present and the future all at the same time,” says Campbell. “There’s a long period in the warehouse for maturation, and that’s been done by my predecessors. So, we’re reaching back into history in a way. And what we put into the warehouse [today]—those casks will be picked up by our successors.”

This reverence for time and history is best expressed through The Macallan’s Red Collection, a curated selection of exceptionally mature expressions (some of the oldest bottled whiskies in the world)—single malts as old as 71, 74 and 78 years of age. At its core, the collection’s name pays tribute to Alexander Reid, the distillery’s founder whose name in Scots means “the red one.”

“It is an incredible privilege to have crafted The Red Collection,” says Campbell. “It’s the pinnacle of The Macallan’s portfolio, created from some of the world’s oldest and rarest casks.” 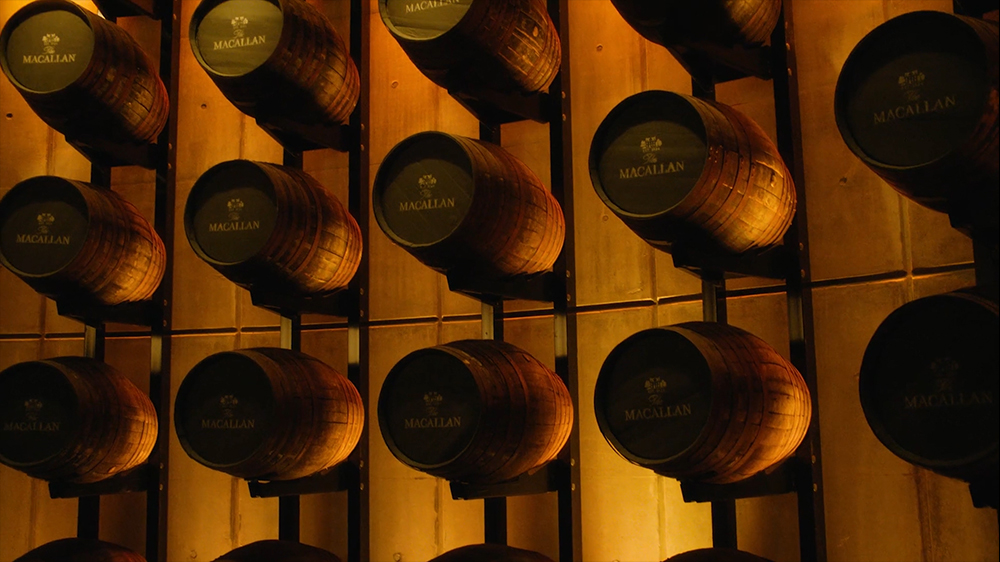 Such deference for the past (and for what’s to come) is echoed by Mulder, so much so that she considers herself and her team custodians of Bentley’s work for the future, as much as they act like curators of the brand’s history. “We would like to be able to look back on what we’ve done today,” she says, “and look at it as being responsible, sustainable and beautifully crafted in the tradition.”